A complete recording of the contents of Royal College of Music, London, Manuscript 2093 with additional keyboard pieces by Gerhard Diesineer and John Moss

RCM MS 2093 is an early example of a retrospective compilation assembled over several decades to preserve current and earlier repertoire. It was copied during the 1660s and 1670s and is closely contemporaneous with Stephen Keene's virginal dated 1668 used for the recording.

Its contents would have been performed on any available keyboard instrument: virginal, spinet, harpsichord, clavichord, chamber or church organ.

Details of the inside and rear front covers of the modern binding of RCM MS 2093. Above: the original index of preludes and non-contrapuntal music. Below: the original index of fantasias. Both indexes were pasted onto the end papers when the manuscript was rebound in the twentieth century (1960s?). Images reproduced by permission of the Royal College of Music, London.

The edition used for these recordings, and for the incipits shown below, is published by Norsk Musikforlag A/S as English keyboard music c.1650-c.1700: a series of facsimiles of manuscript sources, volume 1: London, Royal College of Music library, MS 2093. Edited by Heather Windram and Terence Charlston with an introductory essay by Andrew Woolley and a foreword by Colin Lawson (Oslo: Norsk Musikforlag A/S, 2015). It provides a complete facsimile, a transcription of all thirty pieces in modern notation, together with critical commentary, and an extensive introduction discussing the source, its compilation, and performance considerations.

N.B. In RCM MS 2093 this piece consists of just 16 bars of music. The additional variations in the recording are improvised in the manner of contemporary examples.

These dances, from a lyra-viol and keyboard manuscript in the Surrey History Centre, Woking and the well-known keyboard publications Melothesia and Musicks Hand-maide, complement the contents of RCM MS 2093 and are played on the Barton harpsichord.

The contents of RCM MS 2093 were recorded by Terence Charlston on the virginal by Stephen Keene, London, 1668. Strung in Iron at high pitch (A=470Hz).

The pieces by Diesineer and Moss were recorded by Terence Charlston on the harpsichord by Thomas Barton, London, 1709.  Strung in Brass (A=415Hz).

Both instruments belong to the University of Edinburgh Museum of Musical Instruments and were used by kind permission. Recorded on 7th and 8th December, 2012 by Kevin Hay in the St Cecilia's Hall, Edinburgh. Tuned in 1/4-comma mean-tone by John Raymond. Digital editing and final master by Ben Wiffen, RCM Studios.

Locke, Matthew. Melothesia: or, Certain general rules for playing upon a continued-bass with a choice collection of lessons for the harpsicord and organ of all sorts: never before published...(London: J. Carr, 1673) 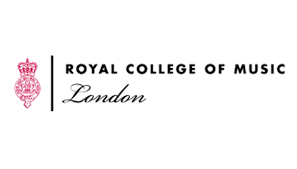